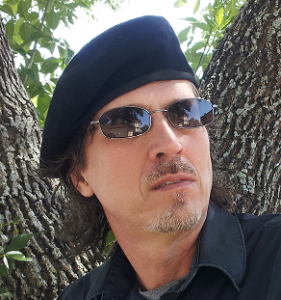 My name is Scott Richard Kaiser, I am the son of Edwin Benjamin Kaiser, I have written a book about my father, I grew up amid those who were members of my father’s paramilitary organization. Interspersed with my remembered events in the text is solid information culled directly from FOIA documents. These help to show the disconcerting dualities of living within a trove of secrets. Backed by these documents, we are granted access to evidence that helps piece together the details of this thrilling exposé. Together, we will examine the evidence that captures the complexities of the man behind the mission, the truth behind the secrecy, and finally, the cost of knowing too much.

During my adolescence, my father’s clandestine affairs was rapidly increasing. Shadowy men would sweep through the house as I would watched on, meeting these enigmatic figures only to truly know later in life their real importance. Hushed conversations in the family room and outside our backyard were the norm for me and my mother. Among the many men who held court with my father were E. Howard Hunt (Watergate, CIA), the Navarro brothers (Fervent anti-Castro activists), David Sanchez Morales (JM/WAVE operations chief and suspect JFK assassination), and his closest co-worker, Frank Sturgis (July 26th Movement, Bay of Pigs, JFK, Watergate).

My dad gave no reason or explanation to his own involvements. He was a man of secrecy, just like the other individuals working by his side. Although he gained respect by doing what he did, he was also greatly influenced by this powerful crew. He was an opportunist and if a situation called for a big adventure, then he wanted to be part of it. However, it was a precarious time for him as he wrestled with the safety of his family as it diminished and the information he possessed as it increased. He was quiet but never nervous; his unshakable disposition prevented him from showing any signs of fear. Still, he walked around with his secrets in his attaché case, the one thing that would never leave his side.

My father disappeared shortly after my 13th birthday. I say disappeared, because my mother was never allowed to see the body. Unfortunately, due to our financial constraints at the time, my mother had asked that his body be cremated after identification. It should be noted that my mother was not allowed to identify the body. My father’s body was identified by Rudy Junco of Rudy’s Meat Market in Hialeah, Florida. It was in the basement of the meat market where I would attend secret Cubanos Unidos meetings with my father.

On the morning of the day of his disappearance, my father sat me down to give me an important message. In a gravely serious tone, he told me, “If anything were to happen to me, I want you to know, your Uncle Frank is not as nice as you think he is.”

He then played a recorded conversation in which ‘Uncle’ Frank Sturgis (a.k.a. Frank Fiorini) confessed to being a key participant in the assassination of President John F. Kennedy. That same afternoon, my mother answered a phone call at work, only to learn that her husband had died on the local docks down at the marina. The reports show the cause of death to be multiple injuries; blunt force trauma caused by falling from some wooden planking. The attaché case that he always carried around with him was never to be seen again.

I began to develop a deep desire to connect the dots in my father’s life. I made a decision to request and then analyze the FBI & CIA files obtained through the Freedom of Information Act (FOIA). With painstaking care, I then began to unravel part of the mystery of who my father, Edwin Kaiser was. His involvement in the covert world, including the discovery of clues regarding my father’s disappearance, his murder and his murderer. This is a story about my father whose life choices and ideals led him to fight in the same arena as some of the most dangerous and infamous men in our nation’s history.